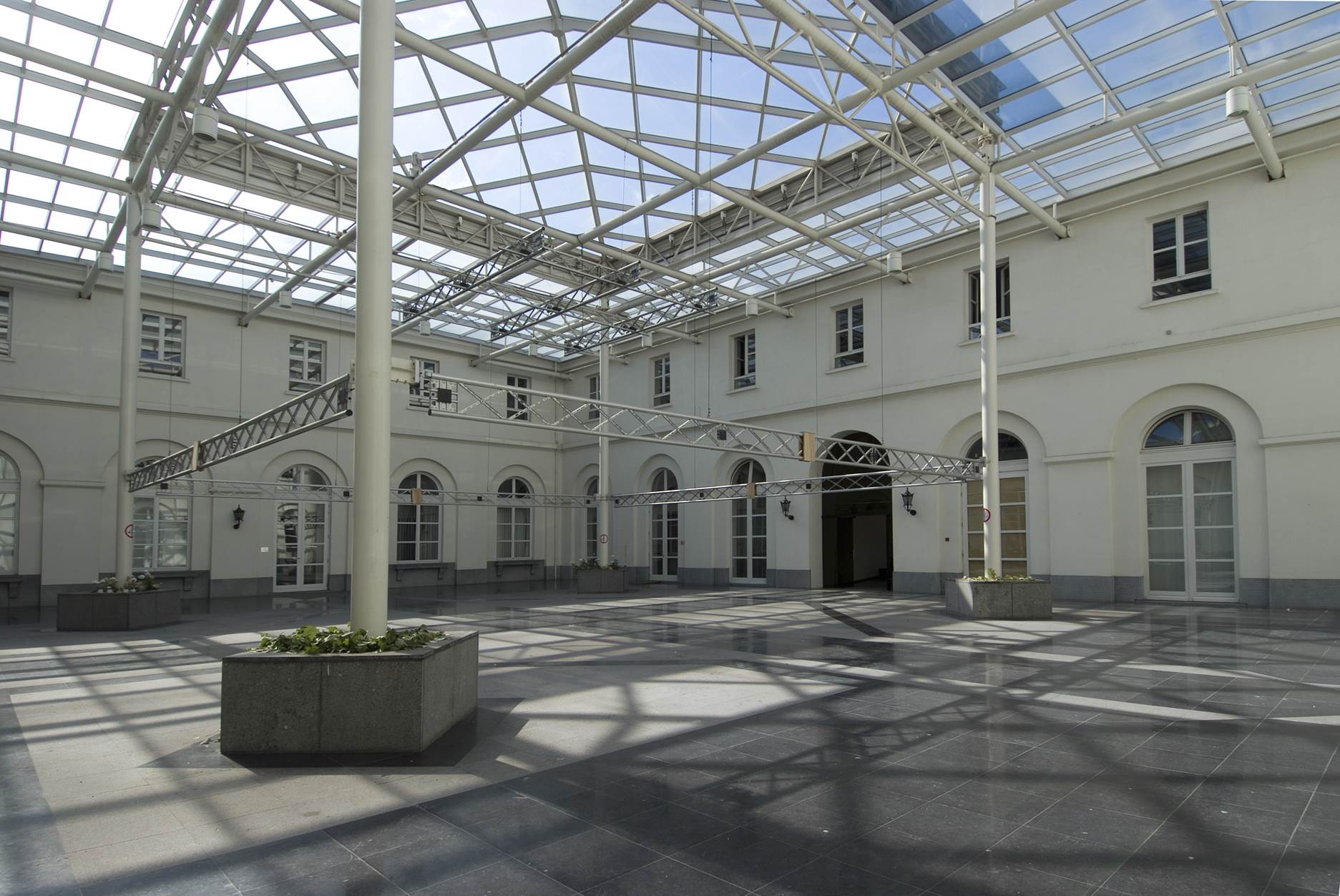 The palace of the Academies was originally built for the Prince of Orange between 1823 and 1825. The Prince will reside there until Belgium’s independence in 1830. Architect Charles Vander Straeten was tasked with the design of the structure and took his inspiration from the theories of French architect Jean-Nicolas-Louis Durand, who extolled the use of a very simple Neoclassical style. Indeed, the strict symmetry, the understated relief of the façade, the harmonious order and elegant three-colored tones of the materials all contribute to make this building a perfect example of this purist style. After 12 years of sequestration, the palace came into the possession of the state who decided to offer it, in 1853, to the future king Léopold II. But the king never lived there. In 1862, the place is transformed into a museum of Modern Art. Consideration was then given to turning the building into a museum of modern art. It was, ultimately, the Royal Academy of Science and Arts and the Royal Academy of Medicine which took up residence in the building in 1876. The palace was decorated and fitted out following the design of Tilman-François Suys between 1825 and 1828. It features a number of splendid lounges with delicate inlaid parquet flooring as well as a spectacularly-sized stateroom.

Enter your Google Map API from the Theme Settings panel.